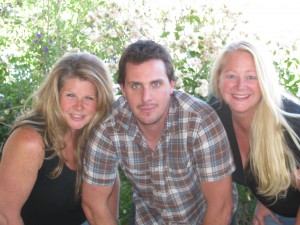 (Los Angeles ) Tune in August 24 at 3pm pst to hear the show live at Toginet or hear the podcast at Motherhood Talk Radio or itunes. The good, the bad and the ugly will be revealed as Christy Holly, Rick Swanson and Sandra Beck talk about how they are doing in the 1st annual summer Fit to Strip Challenge. The trio will also dicuss the use of the word “fat” which according to the nasty emails the show received was not appreciated. We will find out how host Sandra Beck did after two weeks on vacation. Did she gain? Did she lose? Did she give up altogether? Stupid Diet Guy Rick Swanson will be on hand on hand to lend the man’s point of view and will be insulted by the girls because he eats what he wants and doesn’t gain a pound. The girls struggle with balancing time to work out and their children – while Stupid Diet Guy merrily heads to the gym unencumbered. This week however, the trio will be talking about their work out habits and what changes they have made with nutritionist, trainer and college professor Rona Brynin. All four guests make their home in Acton, California a rural horse community outside of Los Angeles.